1,000 patients in one year for physical health checks service

BACK TO MAIN INDEX

Haringey GP Federation is delivering a physical health checks service which is helping people in Haringey who live with serious mental illness (SMI) to keep safe and healthy.

In April the service celebrates two key milestones. Not only will it celebrate its first anniversary since launch, but it will also see its 1,000th patient at a face-to-face appointment.

A partnership between the Haringey GP Federation, Mind in Haringey and Barnet, Enfield and Haringey (BEH) Mental Health NHS Trust, the service was commissioned by North Central London Clinical Commissioning Group in 2020. An initial pilot was followed by the formal service launch in April 2021. 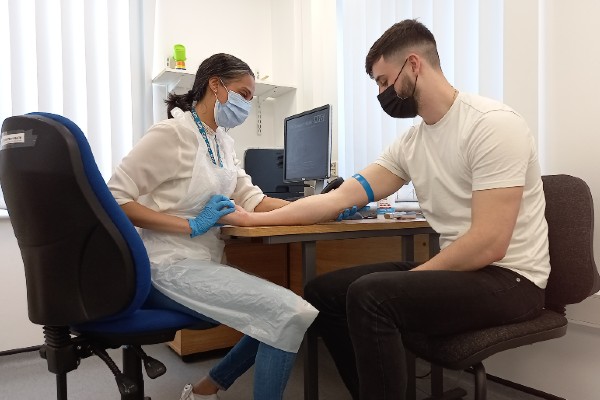 The aim is to deliver health improvements across populations disproportionately affected by the Covid19 pandemic, including Haringey's black, Asian and minority ethnic (BAME) residents.

Delivered by a specialist team, the service works closely with patients’ GP practices to provide a comprehensive physical health check as well as a safe space for discussions around lifestyle, health and wellbeing concerns.

Although still a relatively young service, it has already received high praise from patients since it launched.

“Honestly this service is much needed. I felt that any ailments were tackled in a professional manner. This service is like a one stop shop. I am definitely a fan of this service and shall turn up next year when I am called to come in again.”

Read our privacy notice, accessible information standard and our vision and values

View the Care Quality Commission inspection reports for our services and member practices.